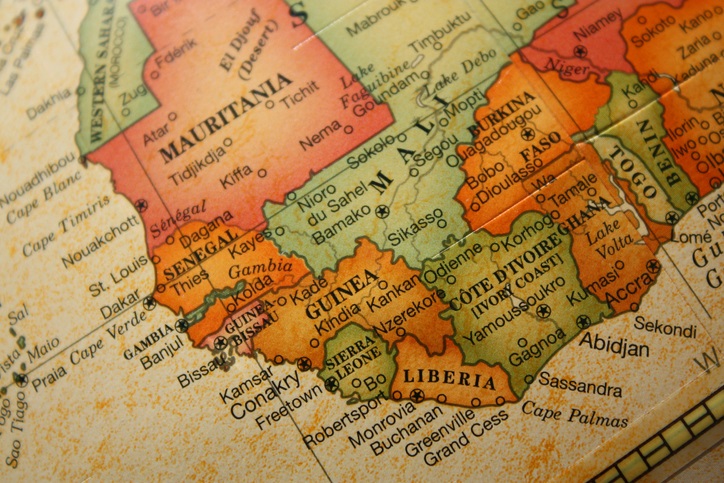 The Dangers of the Democratic Rollback in West Africa

On 13th April 2021, Patrice Talon, a former proponent of one-term presidencies, secured a second term as president of Benin in an election which has raised serious concerns about the country’s democratic credentials. Since the return of multi-party elections in 1991, Benin has been held up as a model for democracy and stability in a restive region; however, this reputation is now under threat. Significantly, this is not a problem restricted to Benin but, rather, a reflection of a wider trend across West Africa, which has seen a rollback of democracy in recent years. This erosion of democratic freedoms not only raises concerns from a human rights perspective, but also threatens the stability and security of the region.

In Benin, Talon’s victory was as good as confirmed before the election even took place. His two closest competitors from the 2016 election –­ Lionel Zinsou and Sébastien Ajavon – were barred from competing after respectively being found guilty of campaign law violations and drug trafficking. Such legal cases against potential rivals to Talon have become commonplace in Benin, with the leader of the country’s largest opposition party – Reckya Madougou – being arrested on terrorism charges in March 2021. Alongside such legal proceedings, new requirements were also introduced for prospective candidates, which prevented most opposition figures from joining the ballot. This included Madougou, who failed to receive the now required number of signatures of support from MPs prior to the vote. These restrictions were introduced after a controversial legislative election in 2019, which did not feature any opposition candidates and had a record low turnout of 23 percent, making it near impossible for a genuine opposition presidential candidate to gain the necessary signatures of support from MPs. And, for the two opposition candidates who made it on to the ballot, a government-imposed media blackout of the election campaign meant that they were unable to get their message out.

This attack on Benin’s democracy sparked protests in the lead up to the presidential poll, which led to violent clashes between demonstrators and the security forces, particularly in the central north region of the country. Much like in 2019, when protests took place following the legislative election, the government and security forces have been criticised for their heavy-handed response. While election day ended up being relatively peaceful, this should not be seen as a sign of political reconciliation. As Talon declared shortly after winning the election, the government will identify all those responsible for organising the demonstrations and hold them “accountable for their actions”. It is therefore likely that, despite its stable reputation, Benin is poised to enter a period of prolonged societal unrest. The presidential election witnessed another low turnout, indicating that a large section of the country’s population has lost faith in the electoral system and will likely rely on demonstrations as their primary form of political expression, at least in the immediate future.

Worryingly for the region, Benin is not the only country witnessing this erosion of democracy and subsequent loss of faith in the system. In Senegal, another country once seen as a model for democratic stability, there are widely held suspicions that President Macky Sall will seek a controversial third term and is in the process of removing any opposition to this. The arrest of the country’s main opposition figure – Ousmane Sonko – in March was widely seen through this prism and sparked violent demonstrations across the country. Sonko has been accused of rape and was arrested on his way to a court hearing on this matter. Sonko has claimed that the accusation is politically motivated,  a position that has gained traction in Senegal, in light of criminal charges being brought against Macky Sall’s former rivals – Karim Wade and Khalifa Sall. As both Wade and Sall were found guilty, they are now prohibited from competing in elections and it seems increasingly likely that Sonko may suffer the same fate.

Much like in Benin, although calm has been restored following Sonko’s release under judicial supervision, the precariousness of the current situation should not be underestimated. The charges against Sonko have not been dropped and, as long as suspicions surrounding Macky Sall’s third term intentions persist, the potential for widespread unrest remains high. Last year, both Cote d’Ivoire and Guinea experienced unrest associated with such controversial third term bids and, while these countries have seemingly emerged from this turbulent period, their long-term stability remains uncertain and largely tied to their ageing presidents: Alassane Ouattara and Alpha Condé. Moreover, trust in both countries’ electoral systems has been significantly damaged and, therefore, the prospect of further unrest should not be discounted.

Similarly, The Gambia, a country which showed so much promise following the defeat of long-time leader Yahya Jammeh in 2017, appears to be following a similar path. President Adama Barrow has reneged on his promise to stand down after one term and the government’s repression of protests over this in January last year could be an indication of what is to come. The group that organised the protest was banned, two radio stations were shut down and hundreds of demonstrators were arrested. The election is due to take place on 4th December and it is highly likely that clashes between protestors and security forces will intensify throughout this year.

This trend across West Africa could have dangerous consequences for the stability and security of the region. Stable democracies, such as Benin and Senegal, have long been seen as isolated from the wider insecurity that has plagued the region. However, as the rollback of democracy leads to a loss of faith in the system and exposes such countries to unrest and instability, their vulnerability to such security threats will increase. Significantly, this is likely to include the threat posed by jihadist extremists, which, up until now, has tended to target other, less stable countries.