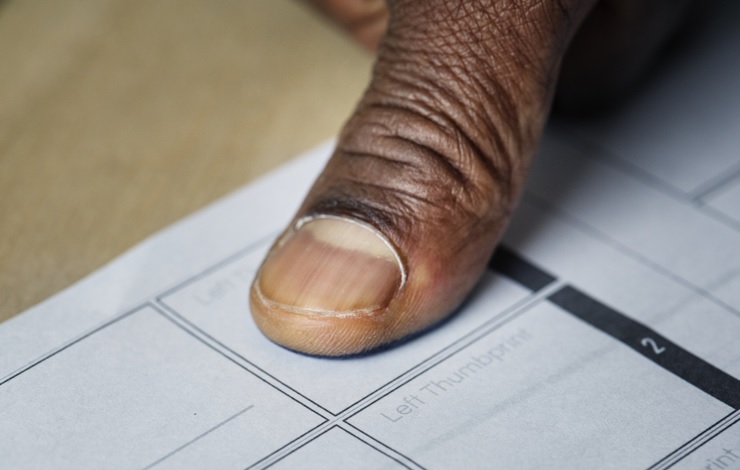 Nigeria will go to the polls on 25th February 2023, to elect its president and national assembly. The presidential election was expected to be a two-horse race between the chosen candidates of Nigeria’s two main parties: former Governor of Lagos Bola Tinubu of the ruling All Progressives Congress (APC); and former Vice President and long-time presidential aspirant Atiku Abubakar of the opposition Peoples Democratic Party (PDP). However, a surprising campaign from the Labour Party’s Peter Obi has shaken up the contest, re-engaging the previously apathetic youth vote, which could play a key role in determining the result of the election.

Electoral participation has been waning in Nigeria for some time. Since its high point in 2003, when 69 percent of the electorate voted, the turnout for elections has consistently fallen, with only 34.75 percent participating in 2019. The decline has been largely attributed to voter apathy amongst younger Nigerians, who do not feel that the country’s older political class represents their interests. There is certainly a gulf in age between Nigeria’s electorate and the country’s elected representatives. It is estimated that almost 70 percent of the population is under the age of 30, while the current president and the two main contenders for the upcoming election are septuagenarians. At 61, Obi is considered to be a relatively youthful candidate.

Significantly, there are indications of a recent increase in political engagement amongst Nigeria’s youth. Millions of people were added to the electoral roll during voter registration this summer, with the vast majority being under the age of 35. While this could be driven by a desire to have a Permanent Voter Card – the most common form of ID in Nigeria – polls suggest that voter turnout will increase at the upcoming election for the first time in 20 years.

The re-emergence of the #EndSARS protest movement in October 2020 reignited political activism amongst large parts of Nigeria’s youth. Although the movement’s primary focus was on police brutality and the disbandment of the Special Anti-Robbery Squad (SARS), it morphed into a broader youth protest movement. The #EndSARS movement was very critical of the APC government and Tinubu in particular, but did not align itself with the PDP, or any other opposition party.

Nevertheless, it appears that many activists involved in the movement coalesced behind Obi after he broke ties with the PDP and declared his presidential campaign under the Labour Party banner, in May 2022. Obi’s supporters, who are commonly referred to as “Obi-dients”, are seen as the successors to the #EndSARS movement and have been running a strong campaign for the candidate on social media. Accordingly, Obi is likely to be the primary beneficiary of the expected increase in the youth vote, which appears to be reflected in recent polls that place him ahead of both Tinubu and Abubakar.

That said, it will be very challenging for Obi to make a significant breakthrough under Nigeria’s political system, which is dominated by the APC and PDP. In 2019, the two main parties secured 96.82 percent of the vote and all but one of Nigeria’s 36 State Governors belong to either the APC or PDP. In the National Assembly, the Labour Party is not even the third largest party, holding only one seat in the 109-member Senate, and two in the 360-member House of Representatives. And the Labour Party has also only been able to put forward candidates in 28 senatorial districts for the upcoming election. This shows that, despite the political mobilisation associated with Obi’s presidential campaign, the Labour Party lacks capacity to compete with the APC and PDP at a national level.

A successful presidential candidate needs not only to secure a majority of the popular vote but also at least 25 percent of the share of the vote in two thirds of Nigeria’s states.  This reduces the likelihood of a victory for Obi. Obi’s support will primarily come from young voters in southern Nigeria, especially the southeast, but it is unlikely that he will make much of a breakthrough in the north of the country. It is also worth noting that the Obi-dients social media campaign will only reach a specific section of the electorate. While internet penetration has increased rapidly in Nigeria’s cities, it is estimated that under 40 percent of the population have access to the internet. This, therefore, favours political parties with large memberships and established campaign structures.

Nonetheless, Obi has disrupted the election strategies of both Tinubu and Abubakar, who have their own weaknesses. The ruling APC is essentially an alliance between political groups located in the north and southwest of the country. Those in the north are strongly aligned with current President Muhammadu Buhari, while those in the southwest are headed by Tinubu. On the platforms of three different political parties, Buhari has been the favoured presidential candidate across the north of Nigeria in every election since 2003. It remains to be seen whether this will translate into support for the APC without Buhari on the ticket and Tinubu is evidently concerned that it will not. This explains why he made the controversial decision to select a Muslim running mate from the northeast. Given Nigeria’s religious makeup, presidential candidates are expected to select a running mate that belongs to the other major religion. This decision will likely damage Tinubu’s campaign in the predominantly Christian south of the country, including the southwest.

Moreover, it is unlikely to secure Tinubu the same level of support afforded to Buhari in the north, where Abubakar and Rabiu Kwankwaso – the candidate for another minor party, the New Nigeria Peoples Party (NNPP) – are likely to make some gains. However, with Obi on the ballot, any gains made by Abubakar in the north could be offset by losses in the PDP’s historic stronghold in the southeast. Nigeria’s low voter turnout is most pronounced in this region, where only 26.3 percent of the electorate participated in the last election. Accordingly, any significant increase in turnout will be felt most in this region.

Nigeria looks to be on course for arguably the most competitive election in the country since the return to democracy in 1999. Obi’s candidacy has shaken up the contest and, although it is highly unlikely that he will be able to win, his inclusion may prevent any candidate from securing an outright victory in the first round. This would be a first for Nigeria and a notable test of its democracy. It would force a run-off election between the top two candidates and, even if Obi is not on the ballot, he would certainly play a key role in deciding its outcome.